This popular 'Europa' model is highly sought after due to its covered gangways and direct access to the aft deck, which gives the saloon an extra dimension.

Entering the salon is a large L-couch and on the opposite side two cozy chairs that complete the seating area. The kitchen of the 'Bubbles' includes an oven, microwave and an electric hob. The steering position is equipped with Raymarine navigation systems, bow and stern thruster. On the starboard side of the foreship is the bathroom with electric toilet and shower with on the opposite side a double bed for guests. Beyond the bathroom and guest cabin is the owners cabin with a freestanding double bed.

Motorically, the Grand Banks has two times 425 hp strong Caterpillar engines with which the 'Bubbles' can reach a top speed of 18 knots.

The 'Bubbles' has had an extensive service in 2021 including new lacquering, antifouling, new propeller shaft barriers, new batteries and extensive motor and generator service. 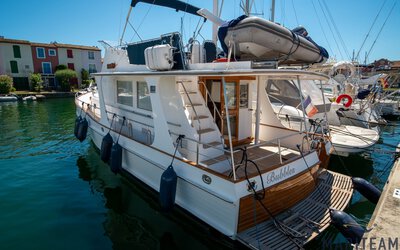 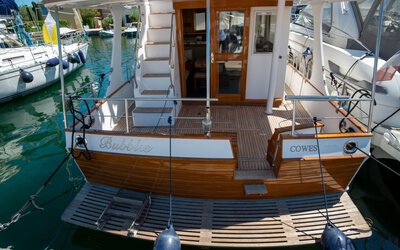 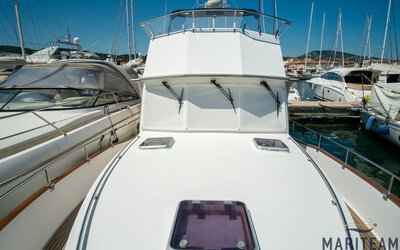 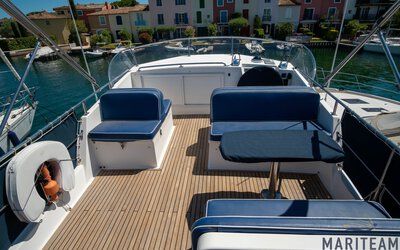 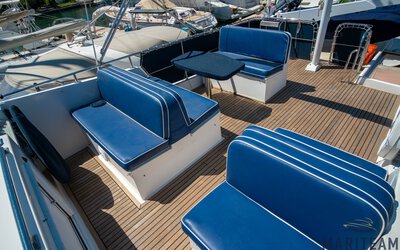 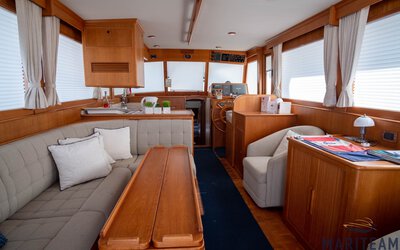 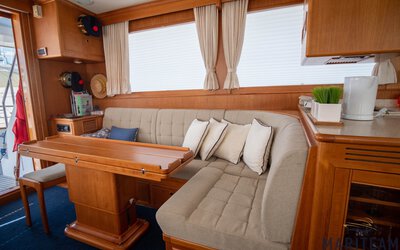 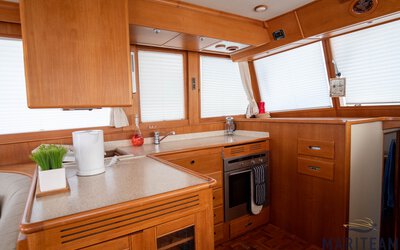 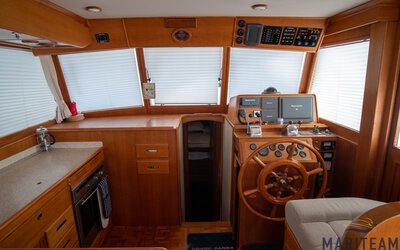 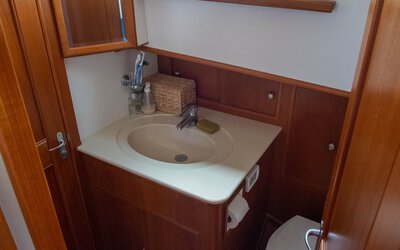 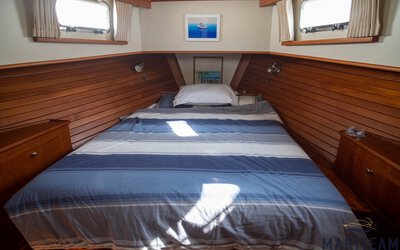 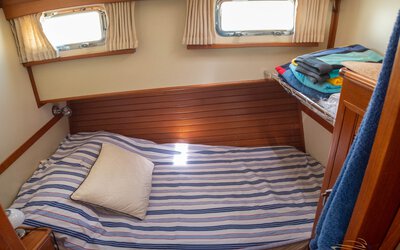 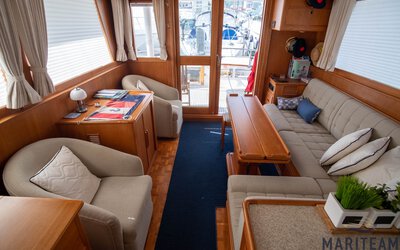