It all started back in the 50's with Robert Newton, his sons, John and Whit and a small boat-building venture in a little shed in Junk Bay along the Hong Kong waterfront.

The founder of American Marine did not begin business as a professional boat builder, Robert Newton was the manager of Bireley soft drink bottling plantage on Mok Cheong Street also known as the 'woodworkers' street. He noticed an empty lot, immediately next to the area where the Bireley's delivery truck parked every night. The lot featured water access to Junk Bay.

After considering a variety of applications for the property, Newton concluded that the shoreline location, along with plentiful supply of highly skilled woodworkers, suggested that boat building would be a nearly ideal use. By 1962, they were running a custom boatyard they called American Marine, Ltd. Newton and his sons built heavy sailboats and big motor yachts designed to specifications by the world's leading marine architects.

That year they commissioned Kenneth Smith, another well-known marine architect, to design a 36 foot, diesel-powered cruising boat. 'Spray' was launched in 1963 and a year later the Newtons abandoned their custom yacht building to focus on producing the first of a line of boats that would be known as Grand Banks.

Even before 'Spray', however, there was the Chantyman that American Marine built of wood in it's Hong Kong yard. Diesel-powered, the 34′ 6″ boat had a raised pilothouse, high bulwarks and softer hull lines (no hard chines). It was unlike 'Spray' or the 36GBs that would follow, but Chantyman certainly was a design that introduced the concept of a production trawler-type yacht to the boating world.

After some changes to finesse the design, such as a larger salon and the addition of a flying bridge, it's successor became the vessel that excited all the world's boaters on a finely-built, 8-knot (at the time) trawler.........

More about the history of this legendary brand Grand Banks? Part 2 will follow soon! 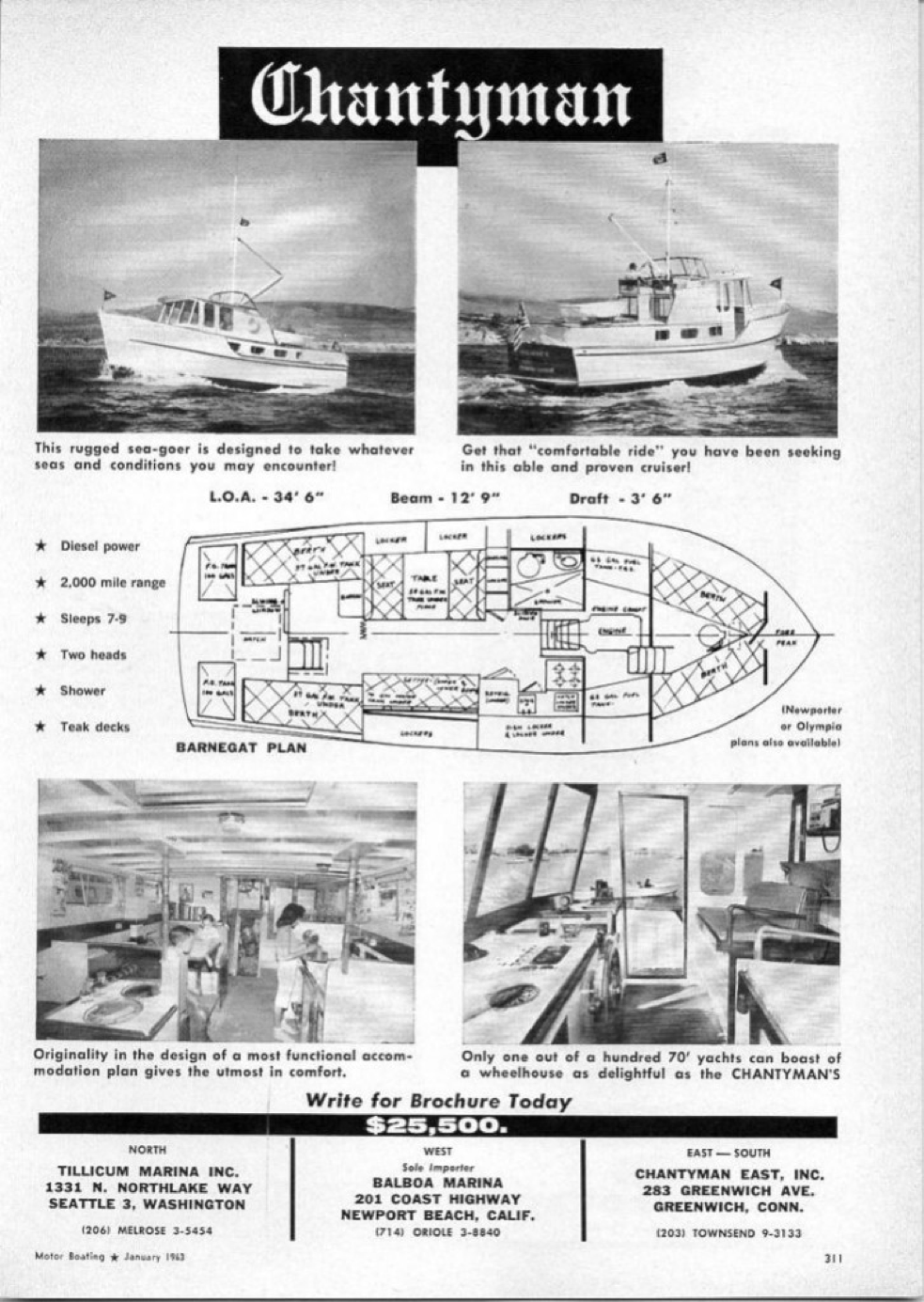